The Board of Direction, at its meeting on May 25, 2012, approved a new governance structure for the Society. This change instituted an entirely volunteer Board of Direction, led by six national officers elected by the membership: President, President-Elect, Past President and three Vice Presidents. The remainder of the voting Board of Direction includes 12 Elected Directors (who serve three-year terms), 18 Regional Vice Presidents (who have oversight of all Posts in their geographic region), and Chairs of the Communities of Interest (who lead the strategic direction of discipline or demographic-focused national groups).

In addition to the voting members, the Board of Direction includes several non-voting members: appointed Treasurer and Counsel, the SAME Executive Director, and up to three at-large directors (who may be in charge of task forces or partnerships, for instance).

Previous to the governance change in 2012, the SAME President primarily was a position that was held on a rotating basis by an Engineering Chief of one of the uniformed services. To ensure that the new governance structure involves input from the Engineering Service Chiefs, a Uniformed Services Advisory Group (now Executive Advisory Group) was established to provide advice and guidance to SAME on how the organization can support the professional development of uniformed engineers and the needs of the uniformed service engineering departments. The Executive Advisory Group meets twice annually with the SAME National Officers. 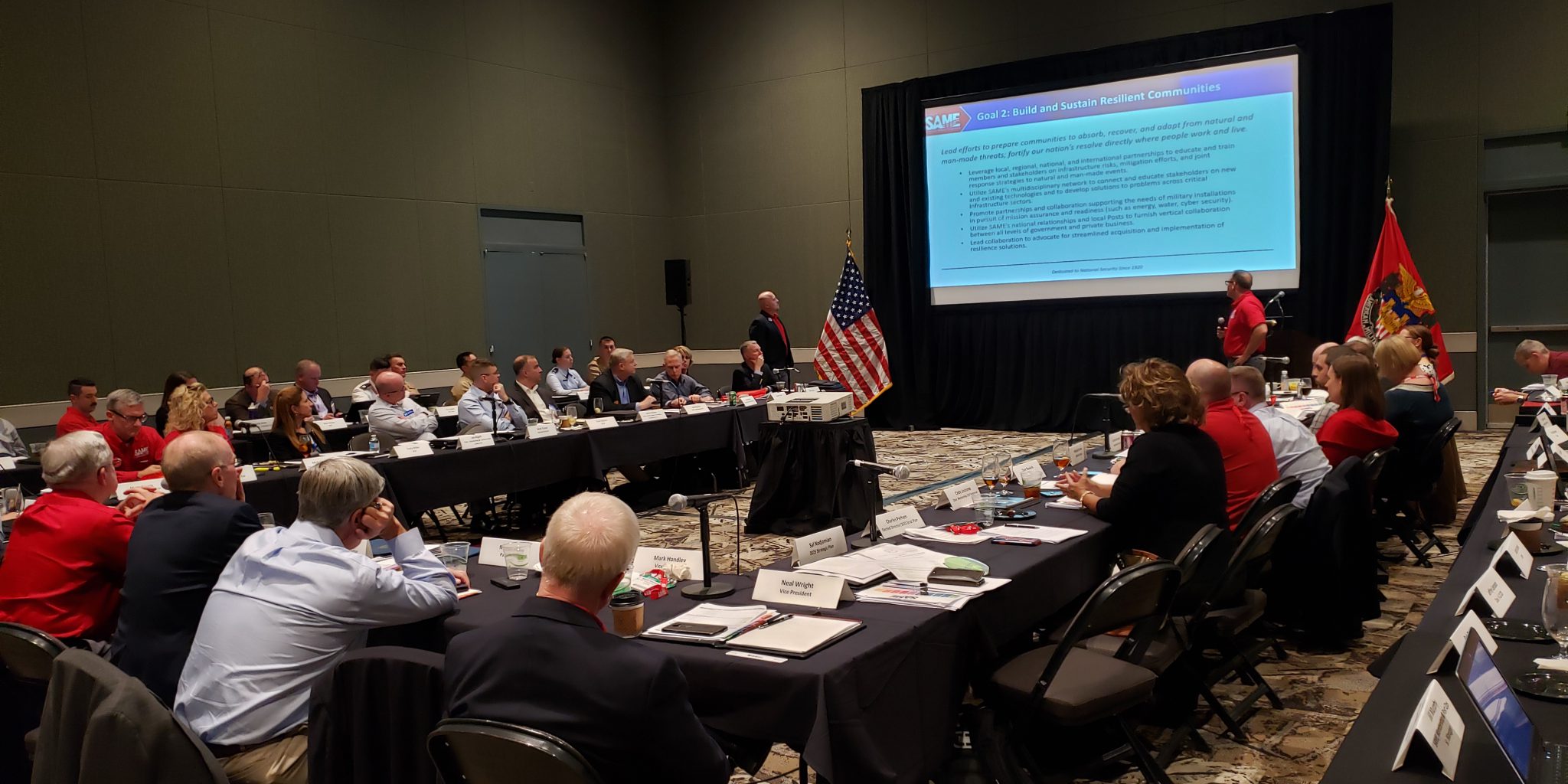